This is not about the usual geekyness – it is about a change I am sure is about to happen. Once the benefits are clear – I am quite sure everybody will want an electric car instead of their gas/diesel-one. The concept of having an energy-buffer, in the shape of the cars in a region, to collect surplus energy in low usage periods for use in high usage periods are so compelling. Windmills are cool, but still inefficient in comparison with other sources if the surplus energy isn’t stored. This is in a broad perspective what Better Place wants to do.

I passed a long line of gas stations the other day – What will happen to them? I know the change will not happen overnight – if at all. But how would we prepare for the future if we had a gas station? Better Place says they will prepare the stations for the transition of becoming a battery station, but as I see it – many people will not need them anymore. Why? Because many commuters drive less than 160km per day. According to Better Place, that will be the range of one battery charge – and a key part of the new model is that drivers charge their car at home when the energy is cheap/green – also offering the battery in their car to the common energy buffer.

So – in Denmark anyway – if the gas stations will no longer sell gas and only (let’s guess – unable to find numbers) 10% of the current customer base (those driving more than 160km a day) will need to recharge their cars/switch batteries at the old gas station – can the gas station survive merely as a 7-Eleven store only closed at night?

My guess is that they are looking at a pretty big change in their business model – and I think they can if they embrace the change. If they fight the change they only have to look at the news papers to see how that works out..

Found this little test which gives an indicator as to Javascript performance in your browser.

On my system (Windows XP on two year old Lenovo T60p laptop) i tried to run it ten times on my browsers with all plugins disabled (lower is better):

As the score is time, lower is better. This is interesing because sites uses Javascript more and more, and as we work more and more online with more applications in the cloud, the Javascript engine has a lot to say about our perception of overall performance.

I got a bit disappointed about my Atom-based netbook – specifically Ubuntu 9.04 on that machine. It never went below 1800 (Firefox 3.0.10) and on the same hardware, the Windows-browsers gives me minimums of 1500 and 2800 for Firefox 3.0.10 and IE8 respectively. Gotta find some tweaks there.

Also – at Overskrift.dk, we launched TwitterValg today – a site to track tweets from candidates for the EU parliament election on June 7th.

Actually there is no good reason for this tool not to be an independent piece of software – it doesn’t really need to be part of Firefox. But..

Somehow it just works for apparent reasons. Bloggers do two things a lot: Read blogs and write blogs and that is why ScribeFire is so cool – it’s right in the context where you want it. In Firefox:

Once installed, Scribefire is running all the time but display/hiding is switched with F8. It works especially well with WordPress blogs (such as this one) and configuration of one blog is done by entering the address of the blog + username and password.

If you feel inspired, click F8 and start typing. Something else came up, or the phone rang.. tap F8 and continue what you did before – and F8 it again to continue. So far it seems awfully nice.

Writing this on my Lenovo S10e netbook, I am furious. It’s before mid-day and yet I have had two experiences of software designs that did not consider netbooks a platform – or at least the new low screen resolution these computers imply. And before you call me a whiner (besides the fact that you’d be somewhat right), this is just a description of the changes I will make to include netbook users as an audience of software and website in the future.

Whine #1: Twice I’ve been cripled by software that saw the low screen resolution as a handicap – one of them on purpose. First I installed Pidgin – the cool cross-platform/cross-protocol IM and IRC client. I like it a lot, but on Windows some dialogs are too big and will not allow me to navigate to the OK/Cancel buttons at the bottomof the settings dialog. Fortunately this is Open Source stuff, so I can just participate and actively fix this myself.

Whine #2: I had to install a printer driver for my HP Photosmart 2575 printer – the install took over one hour because of some “ingenious” package system. That obviously poor user experience decision aside – the minimum requirement for the printer driver is a screen resolution of 800×600 pixels. My S10e runs at 1024 x 576. The consequence – I cannot print from my netbook in Windows because the printer driver won’t finish installing, as it has an irrelevant requirement. Fortunately I am dual-booting with Ubuntu, which has excellent support for my printer (without the requirement)

I’ve read somewhere that 20% of all computers that will be sold in 2009 will be netbooks. Some producers (including Asus) will stop production of 8.9″ -screen netbooks. The 10-inchers seems to dominate right now, and probably for the rest of the year (note: my guess only). Every company designing software will have to take this into account before they ship the next version of any product with a user interface.

I’ve worked on so many web projects with art directors saying: “Nobody runs 640×480 or 800×600 anymore”. Hey we know – but do you know how many users run with their browser maximized because a designer thought up a design that required it? Web designers don’t own the real estate of the users screen resolution – they can only hope to own the area the browser is sized to – and you have to count on users having at least one open history/bookmarks sidebar and/or plug-in and/or Google/MSN/Web developer toolbar enabled.

My point should be rather obvious: It is vital to include netbooks as testplatforms for serious UI-designers or your product will no longer be compatible with the equipment of the customers you want. The rules have changed – live with it.

You may argue that netbook users are asking for it, but if the competing website or software support the netbooks and you don’t – the users is no longer making the decision of leaving you.

Seems like a very cool plugin to enhance the userexperience – performance wise, plus it seems to prepare WordPress blogs for high traffic spikes.

Bug found: Links to posts from archives seems to cache PHP-code – not the resulting HTML. There’s gotta be a simple fix. Was a bit quick there. The bug is in my theme – not in WP Super Cache.

Edit: Also – the issues may have to do with my host who seems to mess with their user database right now.. 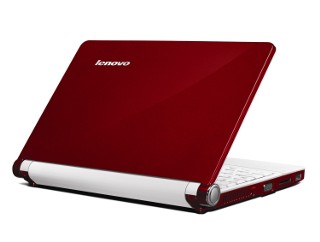 This post is written on my new netbook – a Lenovo ideapad s10e. Actually I had given up on netbooks. My first one was an Asus EEE PC 900 with SSD and that machine was a serious disappointment. I have always liked Asus hardware, mainly because it is extremly well updated with software. That was also the case with the eee 900, but in order to make it cheap enough a cut was made on the CPU and on the keyboard. Actually I think I could live with the somewhat slow Dothan CPU (Celeron’ish), but combined with the poor keyboard the experience was like:

I don’t know if the machine refuses to react on my keypress because the stroke wasn’t registered on the keyboard or because I am waiting for the CPU.

That is of course not acceptable. So the too-cheap netbook has been gathering dust for a while now.

Some colleagues also purchased netbooks. One of them a Medion Akoya (looks very much like the MSI Wind – which 95% of the hardware probably is). It had an Intel Atom processor, which seems to do A LOT for these small laptops. The price did get an extra nudge compared to the Asus eee PC 900, but that can actually mean the difference between a usable and an unusable netbook.

The Lenovo machine is Atom-based, responsive and so far a really really nice piece of machinery. I dual-boot Windows and Ubuntu Linux on it and have yet to encounter missing drivers or missing responsiveness from the keyboard.

As with anything, you get what you pay for and you actually don’t have to pay that much more for a netbook that actually behaves as you would expect.

My brother is now a fairly long time Mac-user. I haven’t gone down that road (yet). Last night he was here and i showed him my Asus EEE (which is currently running Ubuntu 8.10).

“Cool” – he said. “It supports two-finger-scrolling”. I didn’t know, but he is right. Googling for it found me this. Apparently the touchpad is new enough in the Asus EEE to support two finger scrolling. Nice to find hidden coolness.

..the Del.icio.us add-on was announced. 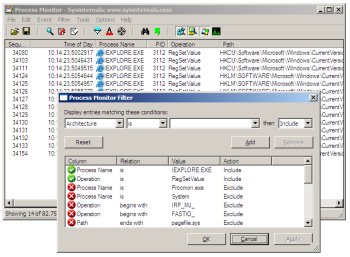 Ever asked yourself what actually happens when you perform a certain thing in a certain program? Which files are read, created, updated and what goes on in my registry.

The Sysinternals Process Monitor tool does this. Filter the events any way you need and you will be able to release registry updates quickly. I just used it to identify the registry changes performed as I changed the cache settings of IE, so a registry update file can be made and distributed to anyone who needs the same settings. It took about 10 minutes to learn to use Process Monitor and identify the key in question.